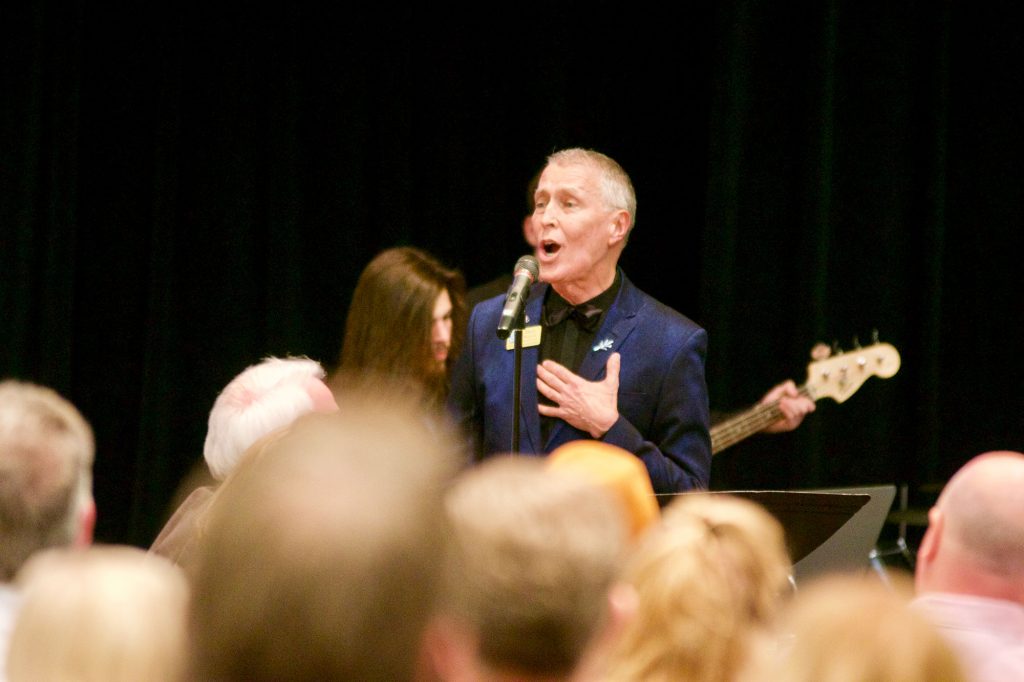 The audition was grueling. I knew the character intimately. Harold Hill, The Music Man, was one of those roles I grew up imagining playing. In fact, I used to secretly grab a wooden spoon or anything that resembled a microphone to sing along with Robert Preston when one of those iconic songs would come on television, radio, or our home stereo. I knew “Seventy-Six Trombones,” “‘Til There Was You,” and even “Ya Got Trouble.”

Auditions were intensely competitive for that summer production at the Ball State University. The iconic musical was to be the closing production, which also included Fiddler on the Roof. Every male actor in the BSU Theatre Department had set his sites on Harold Hill. It’s a marathon of a lead role, with music, dance, and acting – onstage for the bulk of the three acts, allowing little time for breathing and costume changes.

It was the last summer of my graduate studies in theatre and speech, and I was determined to follow up my studies with a go at a professional career in New York or Los Angeles. I was sure Harold Hill and The Music Man were the perfect stepping-stone for that transition from Muncie to stardom. Much to my surprise and elation, I got the role. Rehearsals were grueling but exciting.

I was ready on opening night, and the production was sold out for every performance. One of my favorite show biz stories happened during one of those performances. While onstage doing a duet of the song, “Shipoopi,” I began singing the second verse first. Realizing my mistake, I decided to just sing the correct verse next, and now one would know the difference except the orchestra and the other actor. But something happened and I blanked, and it showed all over my face, the faces of the orchestra, and the sold out audience. But the show must go on, and it did.

At the close of the show that Saturday night, a gentleman came backstage to congratulate me. But instead of just congratulations, he asked me a question that would change my life forever. He said, “My English, speech, and drama teacher just announced that he was taking a year’s leave of absence to pursue his own dreams of stardom, and I’m wondering if you have a license to teach English, speech, or theatre?”

I replied, “Believe it or not, Mr. Hedge, I have all three.” We were both stunned by the moment, and I agreed to meet him in his office the next Monday morning to interview. I got the job.

I was not planning to stay in Muncie, but because I was willing and flexible to walk through an unexpected open door, my life changed forever. You see, that man who took the leave of absence for one year never returned to teach English, speech, and drama at Southside High School, and I never left. Teaching, directing, and managing the SHS Theatre program was the foundation of a career in education, which spanned over thirty years. I eventually became a guidance counselor, high school principal, career center director, and school board member.

Things often turn out differently than we plan. Be open to new opportunities, and ready to walk through doors that unexpectedly open.